FELTOR is a modular scientific code project that consists of both a numerical library and a collection of physical simulation codes built on top of it.

Written in C++-14 with a header-only template library

Fully parallelized with cuda, OpenMP as well as MPI+X 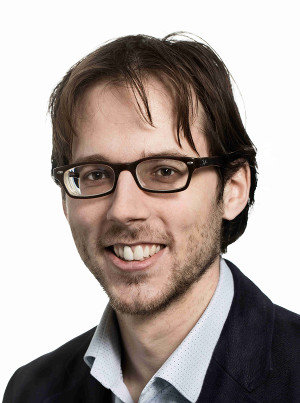 Matthias started the development of Feltor early 2012 as part of his PhD project in the group of Alexander Kendl at Innsbruck University, Austria. Since summer 2017 Matthias has worked as a postdoctoral researcher in the Plasma Physics and Fusion Energy group at the Technical University of Denmark (DTU).

Markus, a fellow PhD student in Innsbruck, joined the development of Feltor in 2014. After his PhD, Markus worked as a postdoctoral researcher at the department of Space, Earth and Environment, Astronomy and Plasma Physics at Chalmers University of Technology in Gothenburg, Sweden. Today, Markus is associate professor at UiT - The Arctic University of Norway.

for his valuable insights and contributions to implicit time steppers and nonlinear solvers. We are grateful to

who courteuously provided the exblas library for binary reproducible scalar products and advice on how to use and adapt it. We further acknowledge support on the Knights landing architecture from the High Level Support Team from

and from Intel Barcelona

Furthermore, we gratefully acknowledge fruitful discussions and code contribution from

Feltor is fair software and licensed under the very permissive MIT license. The MIT License grants you great freedom in what you do with the code as long as you name us (Matthias Wiesenberger and Markus Held) as creators, in particular in publications that use Feltor to produce results. In this case we would be happy if you could cite one of our papers. We also suggest to take a snapshot of the used code and create and cite a DOI via e.g. Zenodo or to cite one of the existing DOIs if you did not alter the contained code in any way.

Our latest code release has a shiny DOI badge from zenodo

which makes us officially citable.